We want our guests to enjoy Jaffna’s rich historical, cultural and geographical experiences through our tailor-made excursions.

Located in the suburb of Palaly, at the northernmost point of the peninsula, the Naguleswaram Kovil of Keerimalai is a most venerated, centuries-old historical Hindu temple, which is dedicated to God Shiva. Its adjacent water tank, the Keerimalai Springs offers a refreshing break for many travellers. Since the water flows through the fissures of the carbonated rocks, it acquires chemical properties that are therapeutic for the human body. 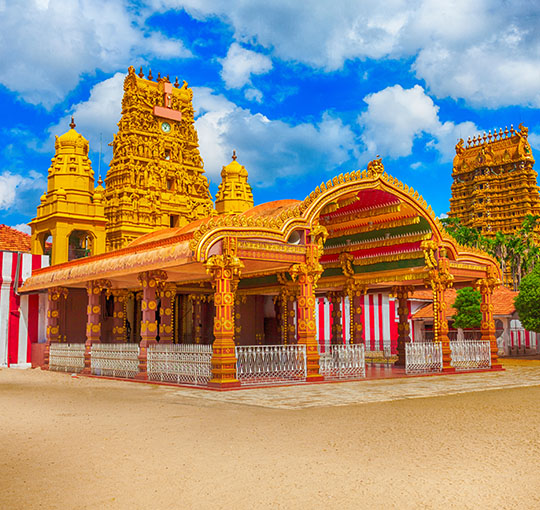 The Kandaswamy Kovil in Nallur, the historical capital of the old Jaffna Kingdom is an ancient temple of pilgrimage, dedicated to the Tamil god Murugan. It is one of the most prominent and revered Murugan temples in the world.

This culturally significant temple hosts the island’s longest festival annually in August. Spanning 27 days, this festival is full of vibrant chariot processions, drumming, dancing, and acts of self-mortification. It is an important festival for the Saivite people of Jaffna and Jaffna expatriates. Every year, it draws thousands of people from Sri Lanka and around the world to Jaffna. It is a festival not to be missed for Murugan devotees as well as for those who are interested in experiencing a rich cultural event.

The Dambakola Patuna is an ancient port located in northern Jaffna with a long history dating back to the first days of Buddhism in Sri Lanka. ‘Dambakolapatuna Viharaya’ was built in the third century BCE in memory of the arrival of the Sacred Fig sapling from the Sri Maha Bodhi of India in the hands of Theri Sanghamittā, a Buddhist monk and the daughter of Emperor Ashoka of India. 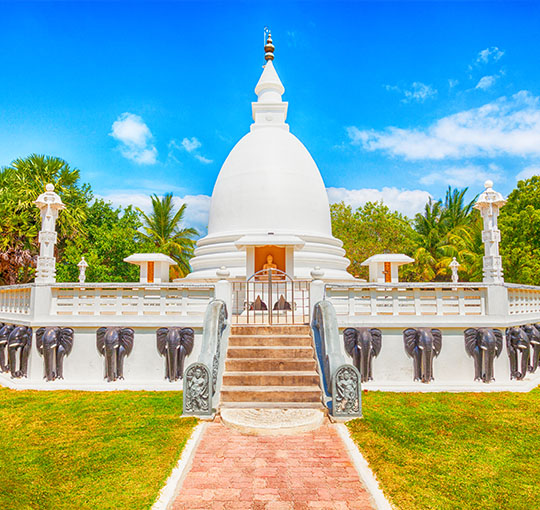 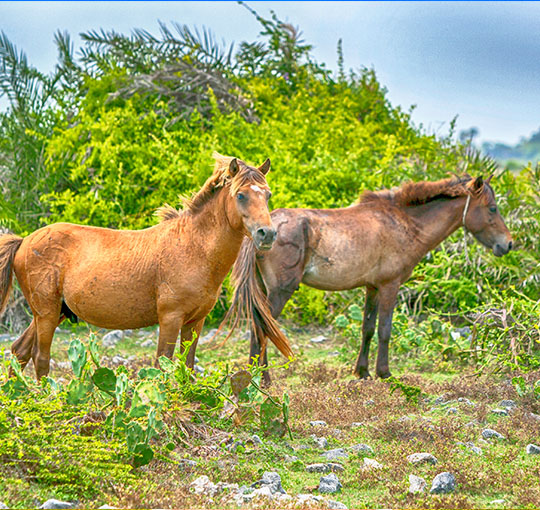 Delft Island, also known as Neduntheevu, is a flat island encircled by shallow water and beautiful beaches in the Palk Strait, the marine region between the Indian state Tamil Nadu and the northern coast of Sri Lanka. Featuring an unaffected rustic and remote ecosystem, Delft Island shall give you a beautiful sightseeing experience where there is a lot of remarkable historical monuments. The island is known for its population of wild ponies that were left on the island by the Portuguese long ago. For a remote yet comfortable rural experience, Delft Island is one of the best tourist destinations in Sri Lanka. Visiting Delft Island is much of an island-hopping experience where exploring the colonial remnants shall be the major activity you have to do on the island. Waters are shallow and beaches are lovely while the island is perfect for experiencing what a remote village life shall look like on a secluded island. The island also has a mature African Baobab tree which is believed to be 700 years old. It has a large hollow in its trunk allowing space for a small group of people.

Kayts is a small settlement within the confines of Velanai Island. To access the rural village, an exciting road trip across the Pannai Causeway needs to be taken. Pannai Causeway is a road bridge adjoining Velanai Island to the Jaffna Peninsula. A memorable drive across the causeway will, without doubt, leave you awestruck by its natural beauty and scenic view of the glistening Palk Strait. For the nature enthusiast, there is also a variety of migrant and resident shorebirds to be discovered. 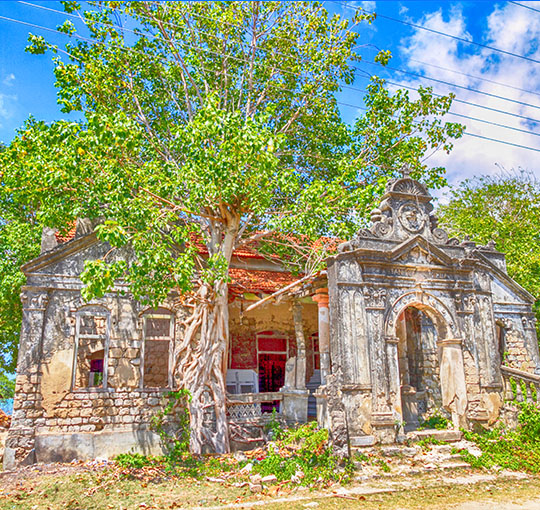 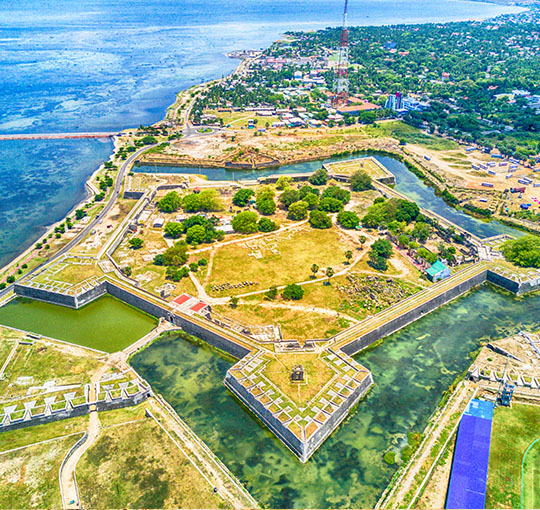 Close to the coastal village of Gurunagar is where you will find the famous Jaffna Fort, an intriguing piece of architecture built by the Portuguese between 1618 and 1625. The fort is known as one of the greatest Dutch forts in Asia, owing to the extensive alterations they made to the original Portuguese design, including adding defensive triangles to imitate a snowflake. The gorgeous fort is settled within the borders of a pentagon, which is, in turn, surrounded by a moat. The fort’s walls were constructed with a combination of mortar, brick, stone, and coral, and to this day, are mostly hidden underneath grassy slopes.

Archaeologically and historically important, Kandarodai Ruins are remains of stupa-like structures that stretches over a small hamlet in Kandoradai. Today there are about 20 stupas, and several stupa foundations can be seen at Kandarodai. The smallest stupa is about 8 feet in diameter and the largest is about 23.5 feet. The stupas possess unique features that cannot be found anywhere else in Sri Lanka. They are made of grey coloured coral stone and have a very distinguished pattern with small holes all over them. 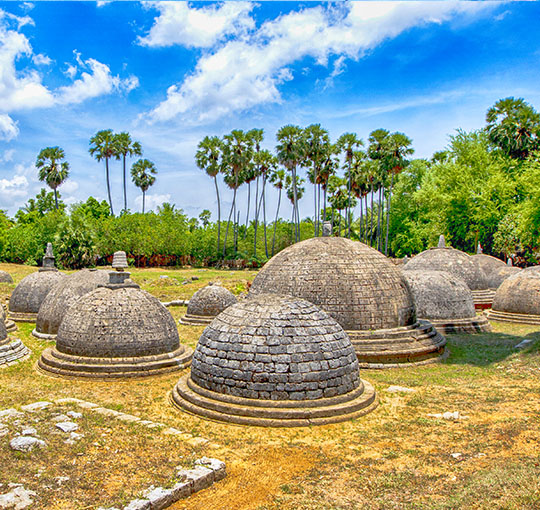 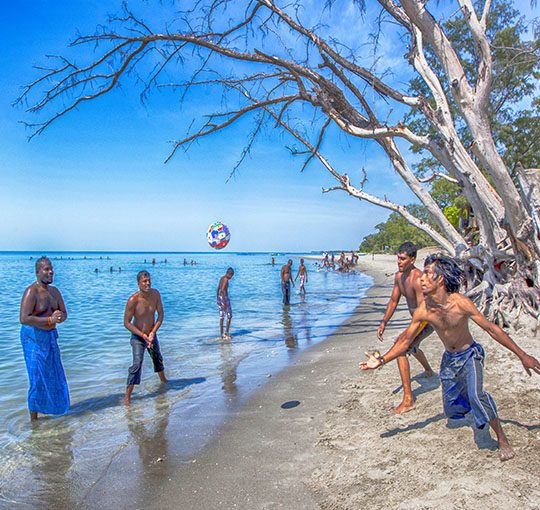 Jaffna Peninsula has a dedicated number of excellent beaches. Casuarina Beach, which is among the most impressive beaches in Jaffna, is in Karaitivu, an island located approximately 15 kilometres north-west of the city of Jaffna. The beach got its name because its shoreline is backed by mature casuarina trees. Shallow waters, white sand and the casuarina trees are the defining characteristics of this mesmerising beach. A quiet saunter along the casuarina fringed beach as waves gently lapping the shore is something not to be missed when you are in the North.

Kankesanthurai is a port suburb which served as an arrival and departure point for pilgrims since classical antiquity and is named after the Tamil god Murugan. The beach here is acclaimed as one of the top two beaches of the Northern Province and considered to be the among the safest beaches in the region. A family-orientated sandy beach with palm trees and cool waters, the beach is non-crowded and natural from where views of the villagers’ fisheries at the harbour and the Kankesanthurai Lighthouse are possible. After traversing the city under the burning sun, this beach is the perfect place to unwind and soothe. 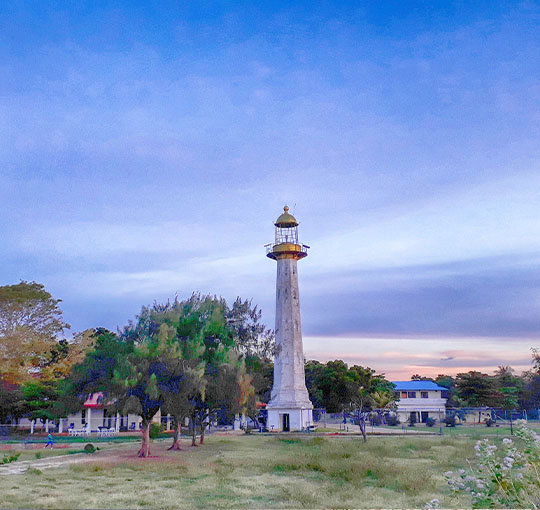 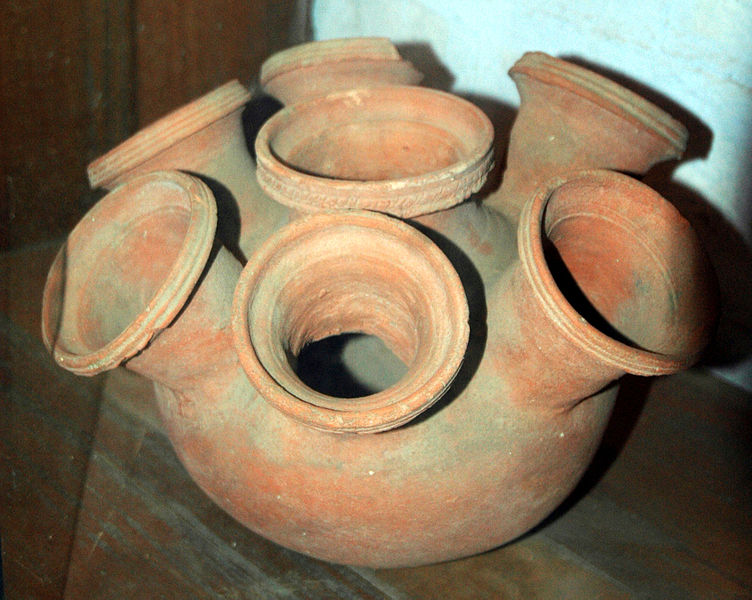 Jaffna Archaeological Museum was established in 1978 and is in Nallur. It houses and protect antiquities from the region, thus displaying their historical, cultural, and artistic value. Many of the artefacts displayed at the museum were donated by local collectors. The museum has a collection of coins from different eras and some findings from archaeological excavations at Kandarodai can also be seen here.

Nainativu is a notable island off the coast of Jaffna Peninsula, which is home to two ancient temples of pilgrimage, a Hindu temple and a Buddhist shrine. Nagapooshani Amman Temple is a Hindu temple which is dedicated to goddess Parvati. The temple is revered among the Tamil people and has been mentioned since antiquity in Tamil literature. Nagadeepa Purana Vihara is an ancient Buddhist temple and is one of the holiest Buddhist shrines in Sri Lanka. In Manimekalai, which is one of the five great epics of ancient Tamil literature, the island is mentioned as Manipallavam. According to folklores, the Naga People, a snake-worshiping Dravidian tribe inhabited the island in the ancient past. Travellers to Nainativu must first hop across two islands on a journey to the Kurikkaduwan Jetty, and then you will embark on a crowded 15-minute ferry. 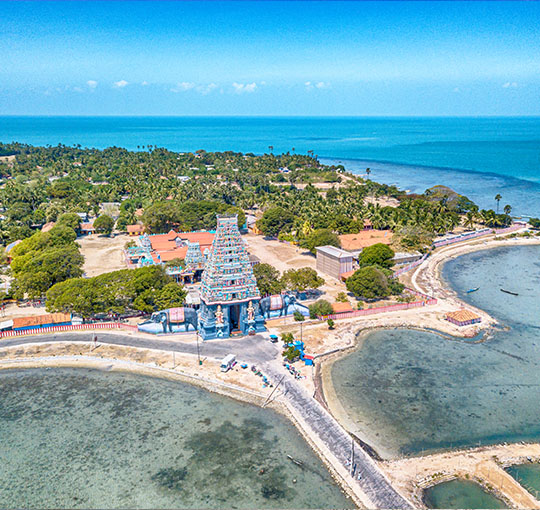 Anuradhapura is an ancient city which was the first capital of the Sinhala kingdom of Rajarata. A World Heritage Site, Anuradhapura is famous for its well-preserved ruins of the ancient Sinhala kingdom. It is surrounded by three great man-made lakes with two directions of the city is defined by the river Malwathu Oya which flows through it. A trip to Anuradhapura is a must for travellers. It is scenic, peaceful, and can at times feel like a surreal experience.

Abhayagiri Dagaba, this is one of the most sacred Buddhist pilgrimage towns and extensive ruins in the world.
Ruwanwelisaya Stupa is considered a marvel for its architectural qualities.
Thuparamaya Collarbone of Buddha is enshrined in the chetiya of Thuparamaya. It is the first dagaba built in Sri Lanka.
Lovamahapaya Also known as Brazen Palace Lovamahapaya is a complex which was once a structure of its own class.
Jetavanaramaya This is the largest stupa in Sri Lanka. It was the third largest structure in the ancient world.
Mirisaveti Stupa It was built by King Dutugamunu after defeating King Elara. A legend associates it with the relics of Lord Buddha.
Lankarama This is a stupa constructed by King Valagamba in an ancient place.

Video Camera permits.
Tickets, Lunch & Entrance fees for the sites above mentioned.
Expenses of a personal nature or any other services not specified above.
Porterage & Tips. 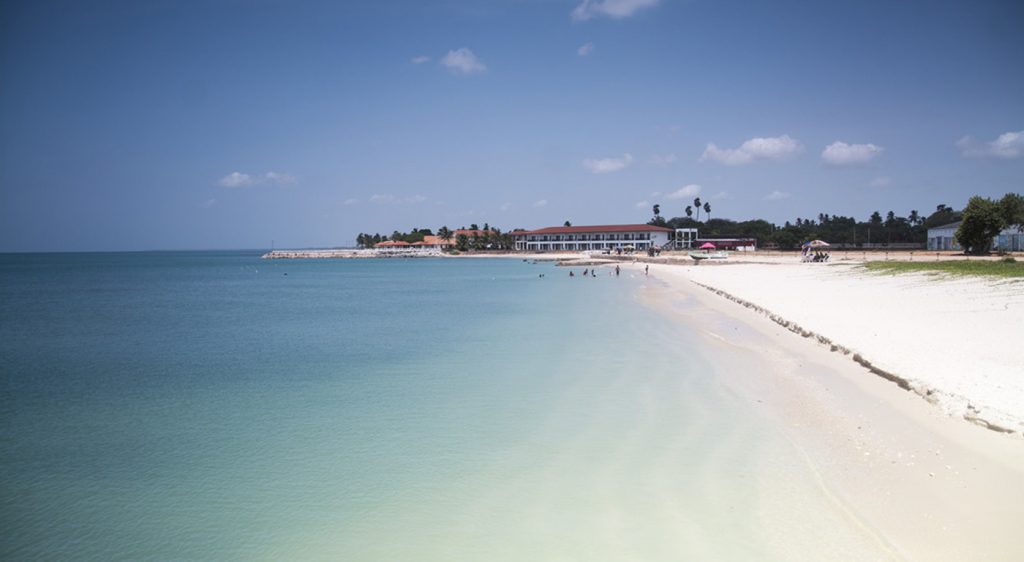 Enjoy some fun bonding time with friends and family while you cavort in the waters of Casuarina beach and feast on a sumptuous selection of goodies packed in a picnic basket by our caring hotel team from The Thinnai. 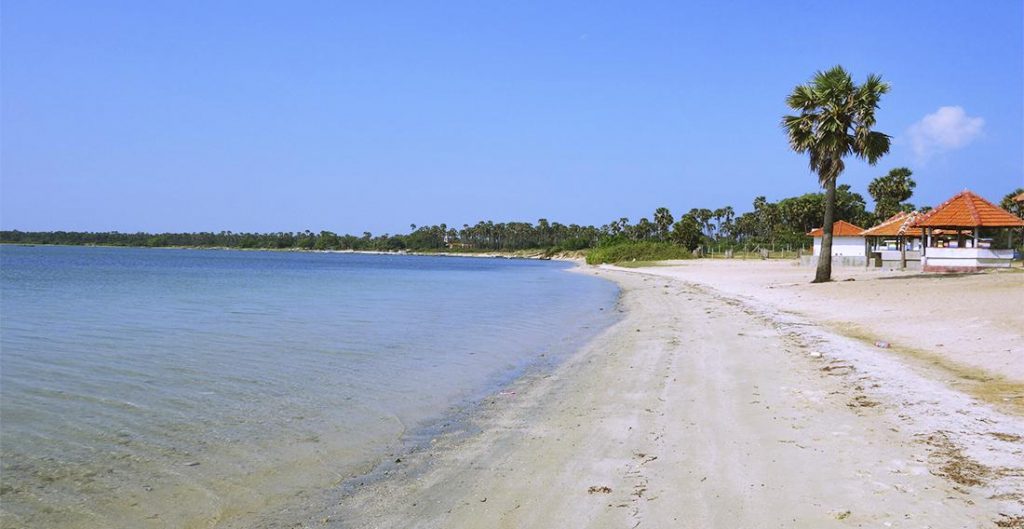 Dip your feet in the calm sapphire ocean, walk on white sandy beaches and enjoy a sumptuous luncheon BBQ prepared live by the hotel team from The Thinnai

A Day at the Farm 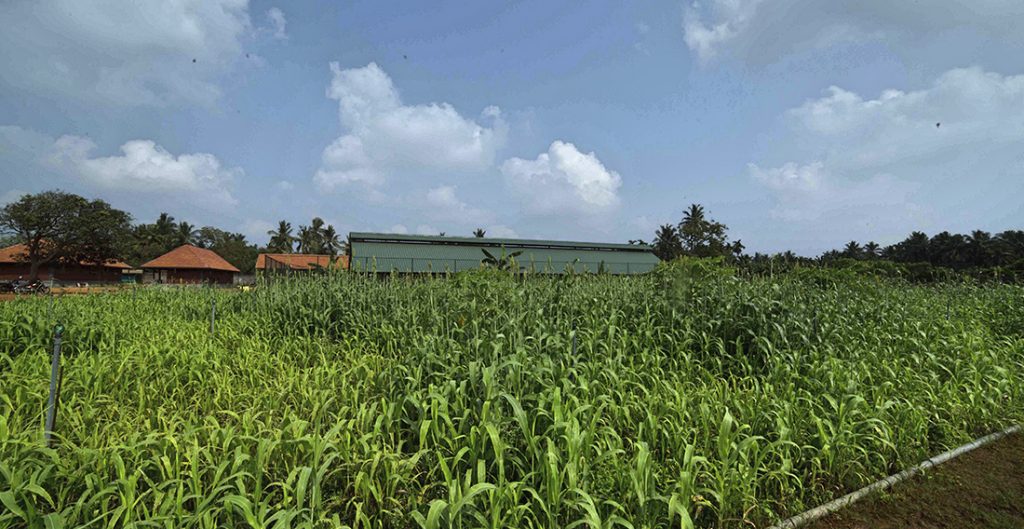 A Day at the Farm

Visit Thinnai Organic with your family and loved ones. Participate in the many bonding activities available including games like herb hunt and veggie hunt. Relax in a gazebo curled up with your favorite book. Take on the challenge of being an Organic farmer for the day and learn how to prepare the soil, sow some seeds, weed, harvest and even how to make compost. There is even croquet to be played in the expansive lawns at the farm. 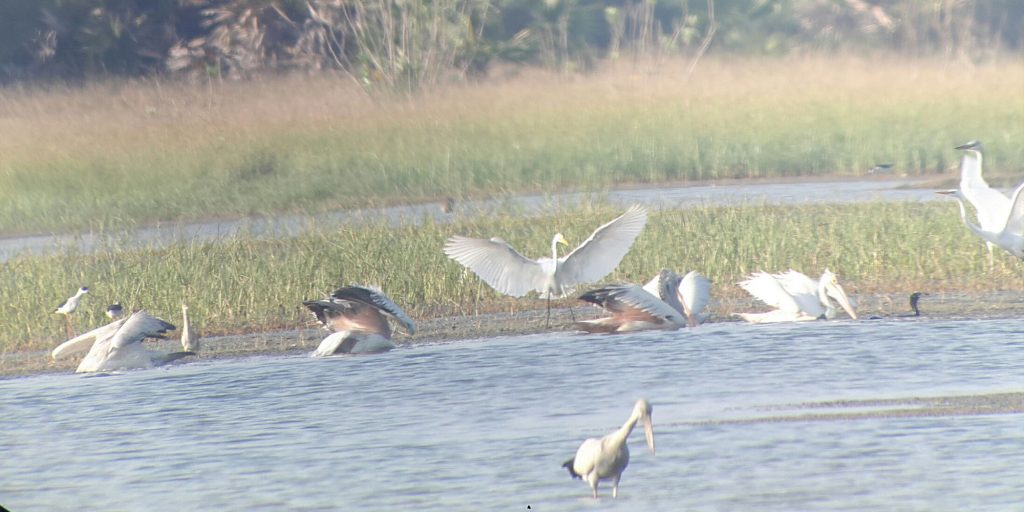 Visiting Jaffna is a memorable experience. In addition to being treated like royalty at the Thinnai Boutique Hotel, there are many sights to see and indulge in during your stay, and among them, birding ranks high.

Sri Lanka is home to many species of birds as it is strategically located on the world map, and therefore, appears attractive to many migrating birds during the western hemisphere’s winter season. It is also noteworthy that the Jaffna Peninsula and the Gulf of Mannar on the northwest coast of the island are abound with birds classified under the Indian Avi-Faunal Zone, rarely seen in other parts of the country.

A Probable reason for such a phenomenon is the wetlands dotting the coastal areas of Jaffna, which attract waders among many other bird species, both migrant and resident.

August to April is the popular birding period in the island, and Jaffna, located 296.5 km from the Capital Colombo, is the ideal setting to do so. Chundikkulam in the peninsula is the preferred location for this leisure activity with this being the only declared wild life sanctuary in the North, and a well-known bird habitat. Many bird enthusiasts travel down the Kayts Causeway linking the mainland to the Karaitivu island, which is flanked by the Jaffna lagoon and the Indian Ocean. In doing so, they are treated to sightings of species such as the Lesser Sand Plovers, Little Stints, Black-tailed Godwits, Mash Sandpipers, Little Ringed Plovers and more; birds that are to be found feeding along the sides of the road.

During the migratory period of August to April, thousands of birds can also be found at the lagoon; among them, Northern Pintails, Eurasian Wigeons, Northern Shovellors, Gargany birds and the Lesser Whistling Ducks, which are drawn by the promise of a hearty meal in the lagoon waters. In addition, one can also witness as a special treat, The Greater Flamingo in all its beauty.

Birding is one of the many delights that tourists to Jaffna enjoy. As a guest of The Thinnai Boutique Hotel, you will be able to secure the best tour packages that allow you to go birding with an experienced naturalist, making the expedition that much better. Talk to the hotel staff about their tailor-made packages that are guaranteed never to disappoint.